Posted by Natasha on November 12, 2014 in Roulette

It’s no secret that the invention of online gambling sites has increased the amount of gambling that is done in the world over the past several decades. However, one specific gambling craze that seems to be driving gaming trends up online faster than ever is American Roulette. 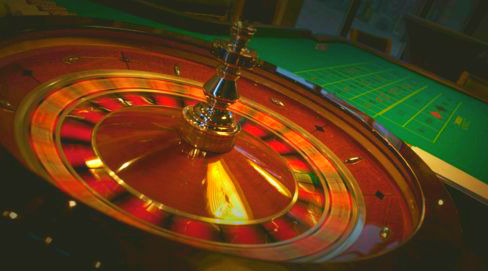 While roulette is a game of chance rather than skill that has been portrayed in pop culture for ages, it’s one that people would traditionally go seeking out at a casino. However, it does seem to be a game that has transferred to the internet with great success. The rates of online gaming in the United Kingdom have been increasing exponentially since 2007 according to the British Gambling Prevalence Survey taken and reported in 2010. The growth trends reflected in the survey as of 2010 have only continued throughout the past four years.

Because the activity level and “strategizing” is relatively minimal with a game such as roulette, it lends itself to becoming a wonderfully mindless game to partake in while multitasking at work, home, or school. The trends of roulette and online gambling increasing hand in hand is something which has been noticed by many. Some of those who are concerned about increasing rates of problem gambling site the ease with which online gambling can be done in public places (often covertly) as a main contributing factor.

However, for those who gamble responsibly, the existence of online roulette is one which allows for a lovely escape after a long day of work. The American Roulette trend has caught on to the extent that there are now even lists, rankings, and gaming chat room debates over which sources and online casinos provide the best experiences and odds for those specifically seeking out roulette. And that specific field has ever-changing leaders in the industry.

Whether for better or for worse, there certainly seems to be a new home for American Roulette. That home is in the online gaming sites visited by British gamblers from all across the country. And it doesn’t look like that’s about to change anytime soon.