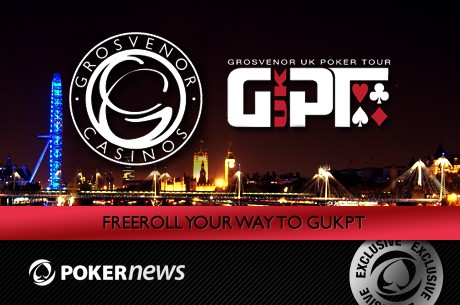 the GUKPT title along with £53,000 just before the GUKPT Grand Final. Trigg was ecstatic regarding his recent win, stating “[I’m] so glad to finally get one of these won.”

In the past, Trigg finished in third place at the 2007 competition in Newcastle, as well as a 2009 twelfth place finish in 2009, in Blackpool. This year in Blackpool, Trigg came away with a victory.

The poker pro had been wanting to win one of these titles for years. He didn’t just want the money, he wanted the trophy. According to Trigg, as soon as the first card was dealt for the night, he was sure this year’s competition would prove to be in is favor.

Since the Genting Poker Series and United Kingdom and Ireland Poker Tour have come to be, the Grosvenor United Kingdom Poker Tour has seemingly lost it’s standing as the most coveted local poker prize; but according to Trigg, the smaller playing field means it is harder to win. A smaller playing field makes way for competition between more talented and dedicated players than one will find in a bigger competition that gets more attention.

To poker followers on the outside of the circle, it would appear that this win is making for a lucrative year for Trigg, but according to the pro, he has lost quite a bit of cash playing online, “Blackpool barely covers it,” he admitted during an interview.

The win didn’t just help Trigg financially, it assisted in a morale boost that he desperately needed after the rough year of online play. Trigg stated that sometimes a player just needs a big win.

This year’s GUKPT Grand Final took place between November 18-24 in London at the Vic. It carried with it a £400,000 guarantee. This year’s prize was won by Kevin Allen after tough competition from thirteen dedicated players. Results were released on the official GUKPT blog on November 25.