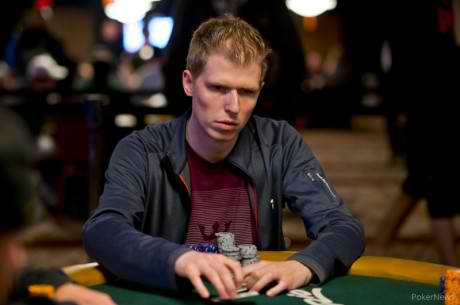 Party politician Erlend Wiborg. The purpose of the competition was to demonstrate to the Norwegian government and public that poker is a game of skill, not chance. Current Norwegian laws prohibit online poker, but that may change if it is reclassified as a game of skill.

Ola, also known as “Odd_Oddsen,” issued a challenge to his country’s politicians at the end of October. He was willing to play any of them in the popular pot limit Omaha form of poker for 10,000 hands. If he prevailed in the match, his opponent would owe him nothing. If, on the other hand, Amundsgård was defeated by his adversary, he would cough up 1 million Norwegian Krone ($163,000).

Wiborg Picks up the Gauntlet

Erlend Wiborg accepted the challenge, saying, “This is an awesome challenge from Ola Amundsgård. I will not pay up if I lose, so hence there is nothing to lose.” If Wiborg won, which he himself realized was very unlikely, he promised to donate the money to charity. Wiborg agreed with Amundsgård that the laws regarding online gambling were outdated and in need of reform.

The two competitors began to play their first session on December 7 at the play-money tables on PokerStars, the largest online poker site. Eager spectators began watching the action. Fans posted interesting hands as they happened in a thread on the popular poker forum Twoplustwo.com.

Wiborg No Match for Amundsgård

Before long, it was apparent that Erlend Wiborg was hopelessly outclassed. His play demonstrated a lack of understanding of relative hand values. In a few cases, it even seemed that Wiborg was unfamiliar with the rules of the game. After about 1,000 hands, the politician was down a staggering 2,666 big blinds. At this point, Erlend decided that enough was enough and forfeited the match to Amundsgård.

Ola “Odd_Oddsen” Amundsgård demonstrated to all observers what happens when an unskilled, amateur poker player matches up against a dedicated professional. Perhaps this stunning display will be enough to convince Norwegian policy makers that poker is indeed a game of skill.