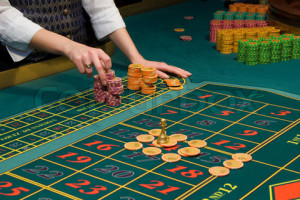 Despite the growing popularity of gaming machines all over London and extended efforts to limit their exposure to underage peoples and people with limited incomes, Roulette machines are facing bans by new legislature. There are representatives attempting to make their way into power who would give local councils the power to ban Roulette machines. At this time, players can bet up to 300 pounds a minute at some of these Fixed-Odds wagering units. The people standing opposed to these gaming terminals are making the claim that these games contribute to debt and failing families. These accusations come as this game quickly spreads and gains popularity throughout the region.

Should the new legislation come to pass, councils in Wales, Scotland, and England would suddenly have the power to ban these vastly popular Roulette machines that have brought in so much income to local establishments. Further arguments against the game claim that they are “addictive for some people.” At this time, there are over 33,000 machines in operation that are owned by big bookmakers in local regions. They are responsible for half of the profits for these owners, earning them roughly 1.5 billion pounds per year.

Not a New Issue

These roulette machines have been in operation since 1999, and this equipment given the same legal framework as fruit machines in 2005 with the Gambling Act. Still, the government is not ruling out putting further restrictions on the stakes and prizes that are available to players, potentially lessening the addictive quality of the games. While nothing is certain for the future of Roulette gaming machines, many local representatives are taking “symbolic” action to limit the access to Roulette gaming in support of the potential ban.